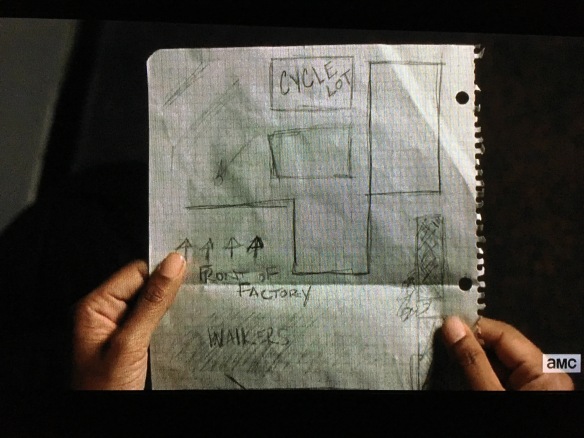 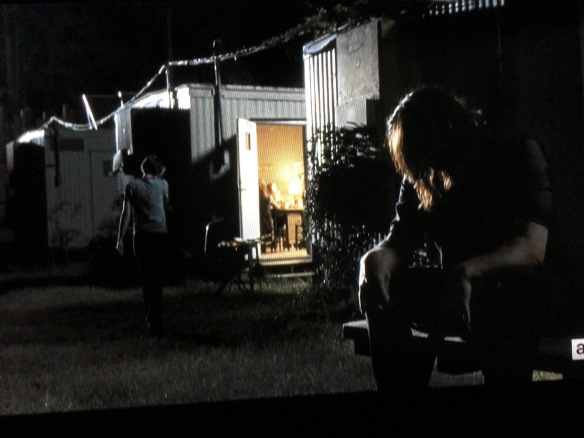 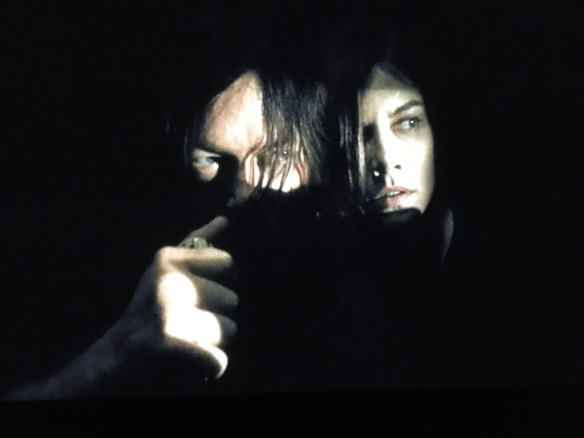 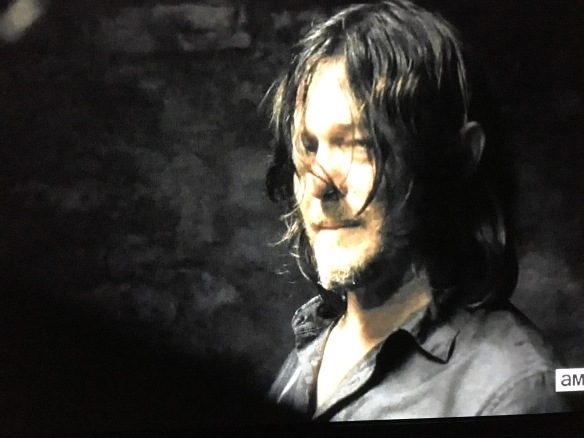 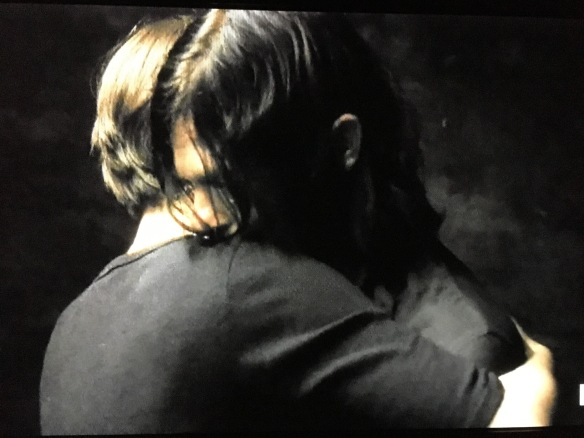 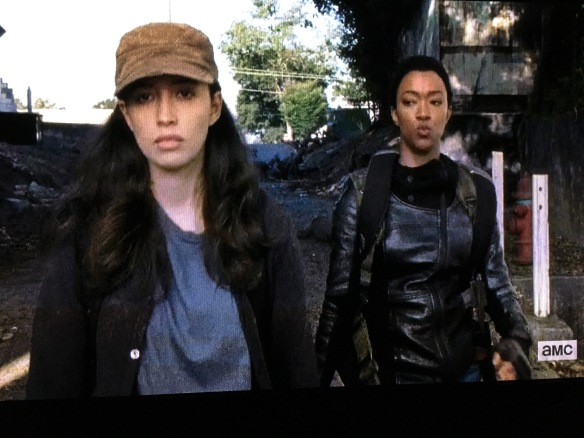 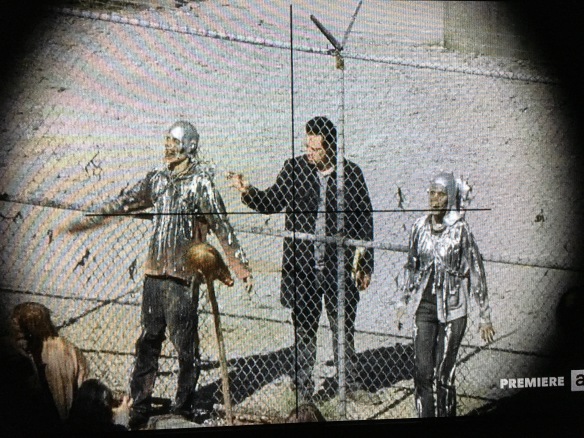 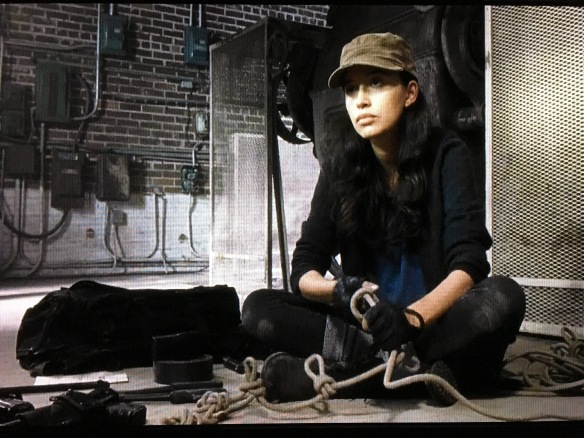 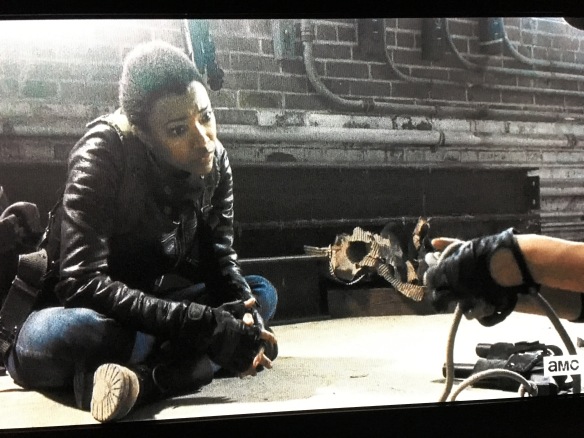 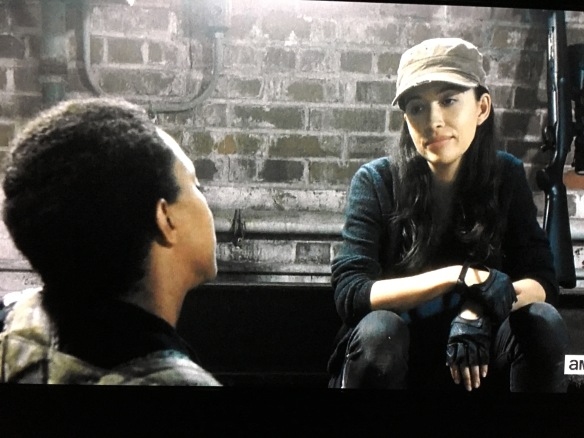 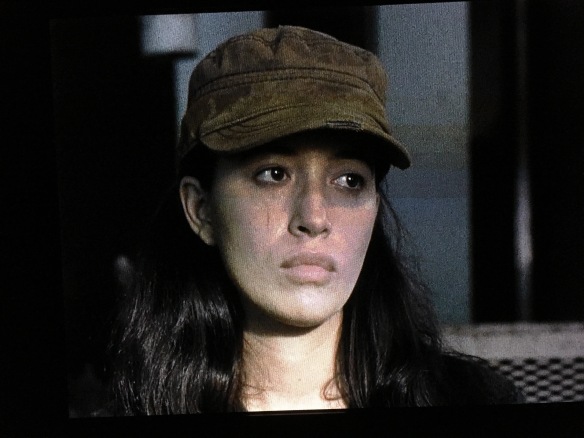 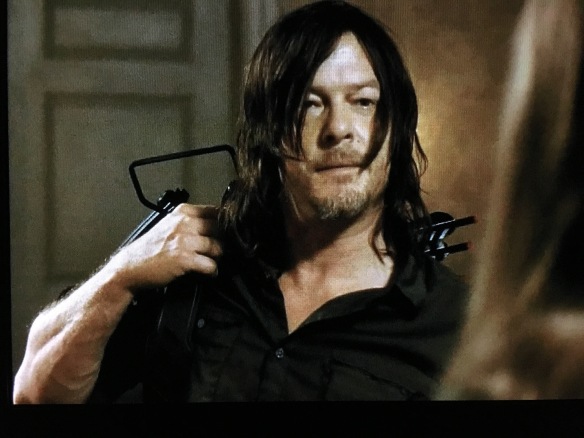 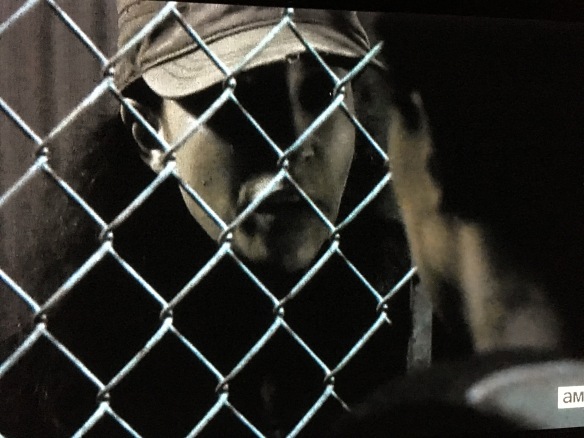 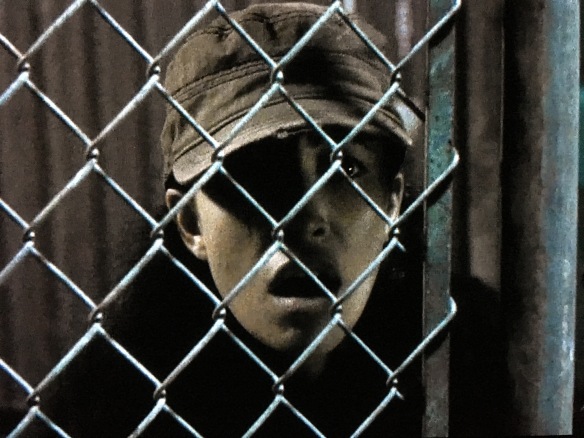 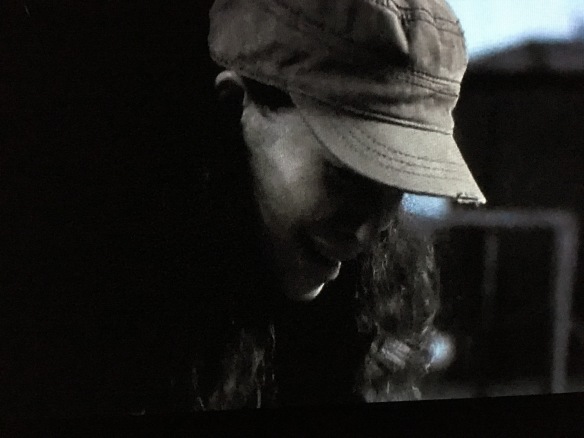 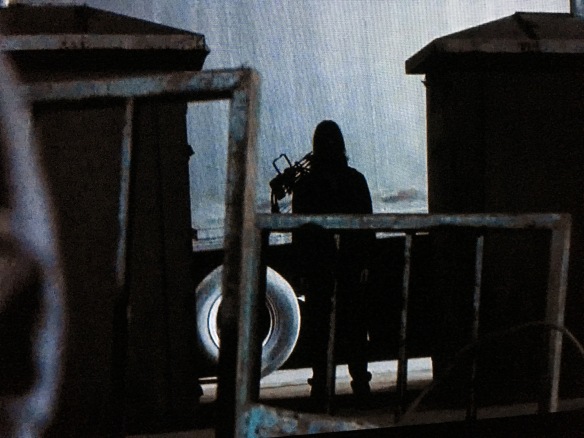 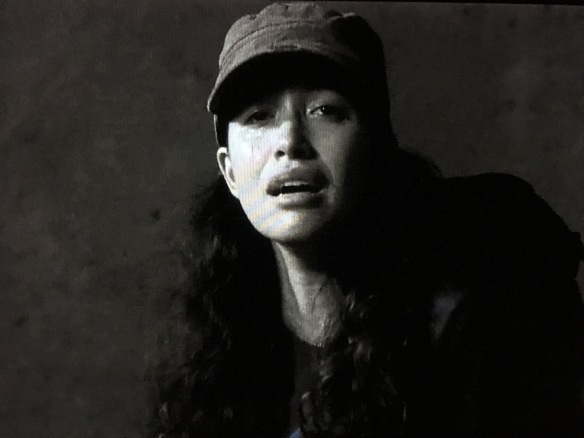 Tegan and Sara, “Walking With A Ghost”

Dirty Projectors, “Stillness Is The Move” 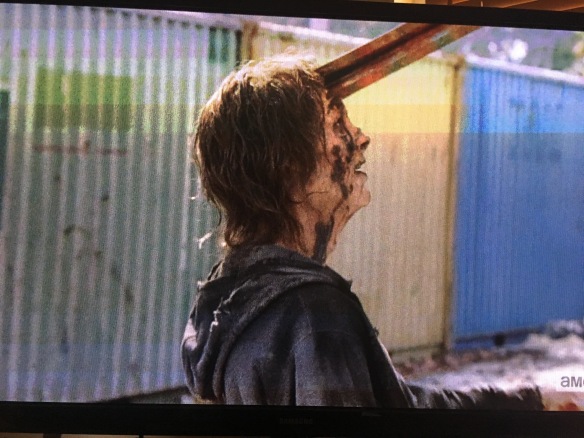 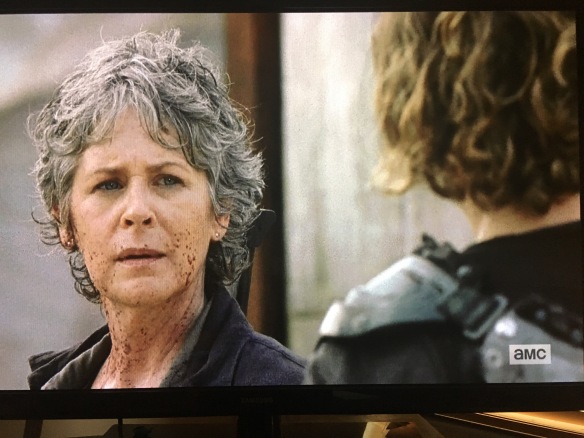 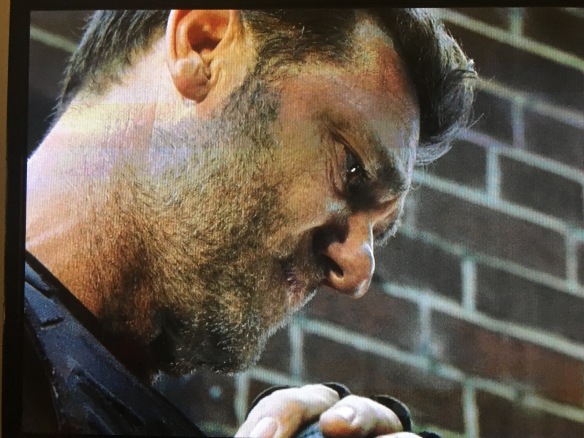 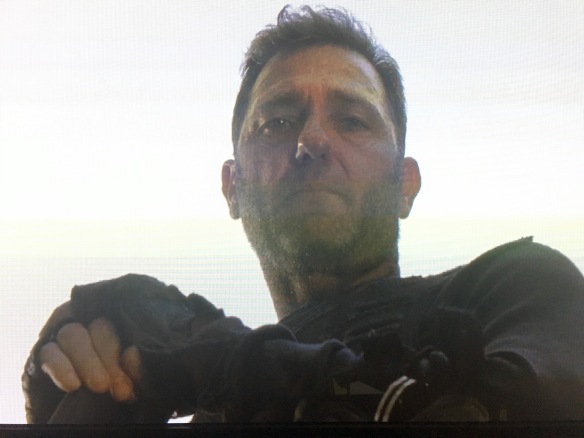 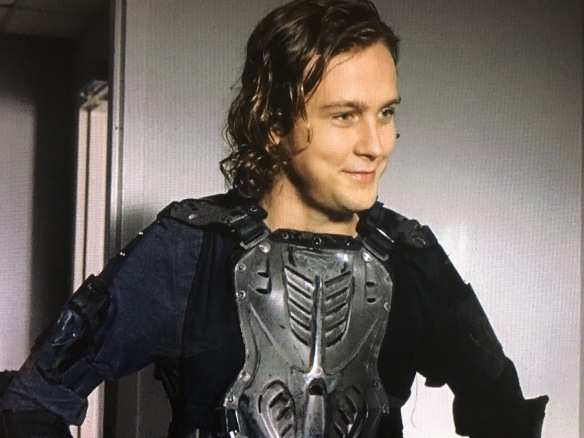 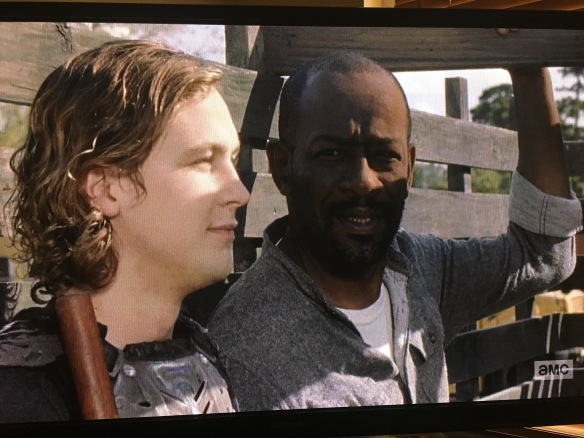 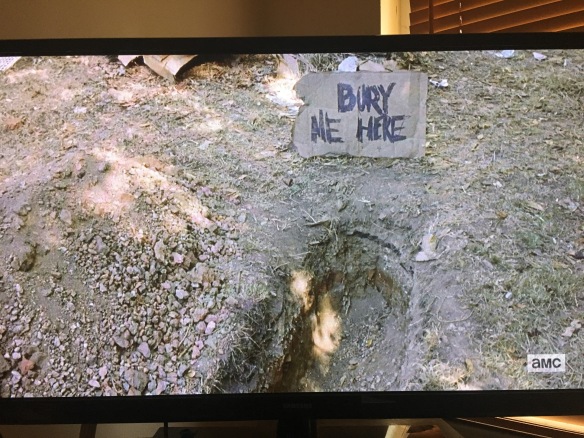 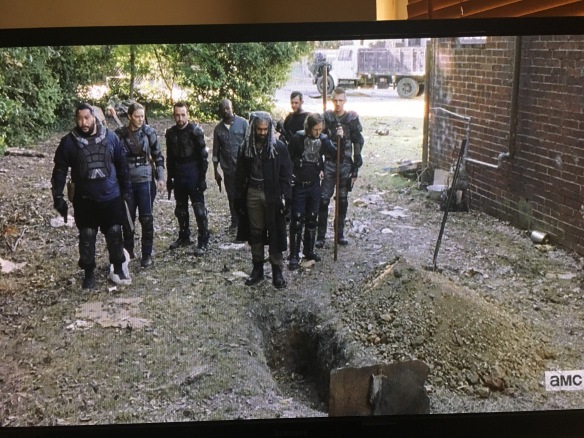 As usual, gang, so many thoughts and feels about The Walking Dead’s beautiful, harrowing Episode 713, “Bury Me Here.”

Scott M. Gimple did some kind of open heart surgery on us with this ep, and I din’t know about you, but I haven’t felt quite the same since the watching.

Until next week, gang, and enjoy the playlist, which celebrates the beauty and melancholy of this shattering episode with classics old & new, liberally infused with one of my favorites, Deepakalypse. 🙌

Hamilton Leithauser + Rostam, “In A Black Out”

Band Of Horses, “Is There A Ghost?”

Sufjan Stevens, “Should Have Known Better”

“Oh yeah…we’re gettin’ new batteries for that walkie, too.”

(I love this TWD episode more than I can say, dear readers, and for now, I must step aside and let the music speak for me.

This playlist is very special to me, and contains a number of my very favorite songs, which I lay down, now, with infinte love  and tenderness at the feet of Richonne, and my TWD family, and lastly, my TWD b’s: Jenn, Sam Slay, and Drey.  🐝🐝🐝🐝  U b’s are my heart, and our magic bubble is everything to me. ❤❤❤❤)

Morphine, “Let’s Take A Trip Together”

Jimi Hendrix, “Are You Experienced?”

Well, gang, it’s another round of kudos and “I’m not worthy” bows of reverence to Kirkman, Gimple, and Nicotero for yet another amazing OMG episode in TWD’s dark and twisty Season 7 arsenal.

Would I that I had the time and ability to delve into each of these Season 7 episodes with the full-on mania and obsession of posts of yore, but life these days does not lend to such selfish pleasures.  And so, I offer a few brief thoughts, props, pics and playlist, all with the spirit of hot, burning TWD love and devotion that will never die. ❤

A round applause, and “I Am Negan” Deadies to all.

And, speaking of most excellent work, are you all in TWD fandom as blown away as I am that Scott M. Gimple has managed to put us all back into the “Is he or isn’t he?” question regarding Eugene Porter?

When we first met Eugene, and beheld the mousy brown magnificence of his iconic mullet, we, along with our sweet gang, were fed the fantastic tale of how Eugene possessed the secret cure to the walker apocalypse, and how Abraham Ford (dearly beloved, dearly missed <3) and Rosita Espinoza were making it their life’s mission to get Eugene to Washington, D.C., so he could collaborate with the “muckety-mucks” in our nation’s capitol to create and administer the cure and “save the whole damn world.”

While those elite TWD fans in The Comic Book Set knew the truth behind Eugene’s story, we Prime Time Pollyannas found ourselves shaking our heads, time and time again, asking ourselves for the umpteenth time, “Is he lying, or for real, or what?”

(Well, dear readers, we all know where that road led us, somewhere on a deserted Georgia backroad, in the blazing Georgia sun, beside a broken down fire truck , a mere 300 yards & an overpowering stench away from a massive slaughterhouse overrun with thousands of walkers, where Eugene finally fessed up that he had been lying his ass off the whole time about having the cure…it became painfully apparent that the only thing Eugene seemed to have was a predilection for elaborate syntax, and a talent for lying his ass off to save “said ass.”)

Fast forward to Season 7, and here we are, balls-deep within the Saviors’ compound, and once again, Scott M. Gimple has brought us full-circle in Ep 711 (ha ha, prolly Eugene Porter’s favorite convenience store)  where we in TWD fandom find ourselves, once again, shaking our heads and asking ourselves, “Is Eugene lying, or for real, or what??”

What do you think, dear readers?  Do you think Eugene Porter has finally found a way to fully succumb to his innate cowardice, by selling his integrity for the comforts of a stocked fridge, comfy chair, and video games?

Or, is our man “Haircut” once again buying time by lying his ass off, playing Negan and the Saviors, while getting the inside deets on the workings within the Saviors’ compound while acting as the second-string doc for the doomed Dr. Carson?

(I want to believe the latter, but time will tell, I suppose.  All I gotta say is that I hope for Eugene’s sake that ol’ Dr. Carson left some medical books around, because it seems that Negan and his Saviors lead a lifestyle that tends to keep a medical doctor pretty busy…

Eugene better get to reading up on doctoring and know what to do the next time one of Negan’s top officers, or wives, comes in needing medical attention, or we may have another “Doc in the fire” situation on our hands!)

Before we move to the pics and playlist portion of this post, dear readers, I would like to say a few words about Dwight.

I, personally, find myself very sympathetic to Dwight’s character, largely due to my growing admiration for the actor who plays him, Austin Amelio, and his standout portrayal of this complex, conflicted character.

To me, Dwight is the quintessential anti-hero.  I find myself fascinated by him. When we first met Dwight, we of course hated his ass, tying up our man, Daryl Dixon like that, holding a gun to his head…but, as the story of Dwight, Sherry, and poor, doomed, diabetic child-bride Tina unfolded, we saw a purity and light in Dwight, a man who risked his life to try to get his wife and her younger sister to safety despite almost insurmountable odds.

(Sherry’s reference in her note to Dwight to his “forgetting” things seems to have explained how he managed to forget where he parked the fuel truck after setting the overrun woods ablaze…and that tragic loss of memory, along with Tina’s unfortunate demise and the fact that the Saviors were closing in on them, fast, spurred Dwight and Sherry to steal away with Daryl’s motorcycle, and his crossbow, and head back to the compound to put themselves at Negan’s mercy.)

So, again, we TWD fans are conflicted…we feel sympathy for Dwight, then he does something that makes us hate him again, and again, and again…and then, as we are taken further into Dwight’s story, and we see how much he has suffered, all in the name of love for his wife, we find ourselves sympathetic to his plight once again.

I tell you, dear readers, as soon as I saw Dwight looking at that note in Daryl’s cell, recognizing his wife’s handwriting, I texted my TWD buddy, “Did Sherry dip, too?”  And of course, we got our answer soon enough, didn’t we?  Sherry’s long gone, probably in search of Daryl, so she can help our man, Daryl Dixon get his groove back and finally get some loving in this godforsaken walker apocalypse…it’s a bittersweet, hot pain, Daryl Dixon fans, but for me, it’s not as hurtful as my researching of “Did Daryl and Carol ever do the deed?”

As those of you who have read my past posts know, I have always felt completely sure that Daryl and Carol had a little FWB scenario at the prison before the Explodey Flu and subsequent shit hit the fan and fucked it all up for our sweet gang, sending them running from the burning prison, for their lives…well, after going IG comments-Battle Royale with some Daryl-obsessed tweens who let me know in no uncertain terms, emojis and shouty caps and all, that Daryl NEVER felt that way about Carol, I did a little researching on my own, and found an interview with Melissa McBride and Norman Reedus that seemed to confirm that while Daryl and Carol definitely had a sweet chemistry, and a brief fascination, which could have led to something,  it never really did.

So, basically, it seems that while Caryl shares a deep and special love for one another, nothing physical ever did transpire between them.

That confirmation rocked my world for a couple of days, I cannot lie.

I had always thought that Carol had scored a secret little win for cougars everywhere and got herself a little piece of the man that everyone wants in the dead of night at the prison…I pictured them slipping into each other’s prison cells for  a little something while the others slept, in that small space of time during the “30 Days Without An Accident.”

So, as Abraham Ford once said, “I’m right and I’m wrong.”

It seems that Daryl and Carol did share a mutual chemistry, which may have led to something, at some point, but apparently, nothing physical ever transpired between them.

I am somewhat consoled by the fact that the two actors did cop to a sweet crush between the two, and the fact that in real life, Norman Reedus is only three years younger than Melissa McBride, so suck on that, you ageist little Norman-stalkers.

While I usually do not cop a combative tone in my posts, I do have little tolerance for haters.

Ageism, racism, sizeism and sexism are lame AF and should be challenged, both within ourselves and in the outside world, whenever possible.

So, dear readers and TWD family, I challenge each and every one of us to expand our perceptions of who, and what, is beautiful, desirable, and right in our world. People of all ages, all colors, all races, and all genders fall in love, and should be free to live their lives and express love without condemnation, or harm from others, for being simply who they are.

End of lecture…thanks for letting me vent.

Sorry for the snarky.  I love you guys, gals, and everyone in between, in all our imperfect and human moments. ❤ 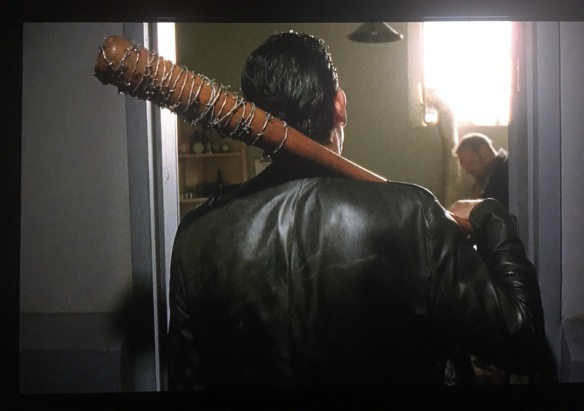 Yeasayer, “I Am Chemistry”

The White Stripes, “I’m Finding It Harder to be a Gentleman (Every Day)”

The Vines, “Into The Fire”

Talking Heads, “Take Me To The River’

Nada Surf, “Where Is My MInd” (Pixies cover)